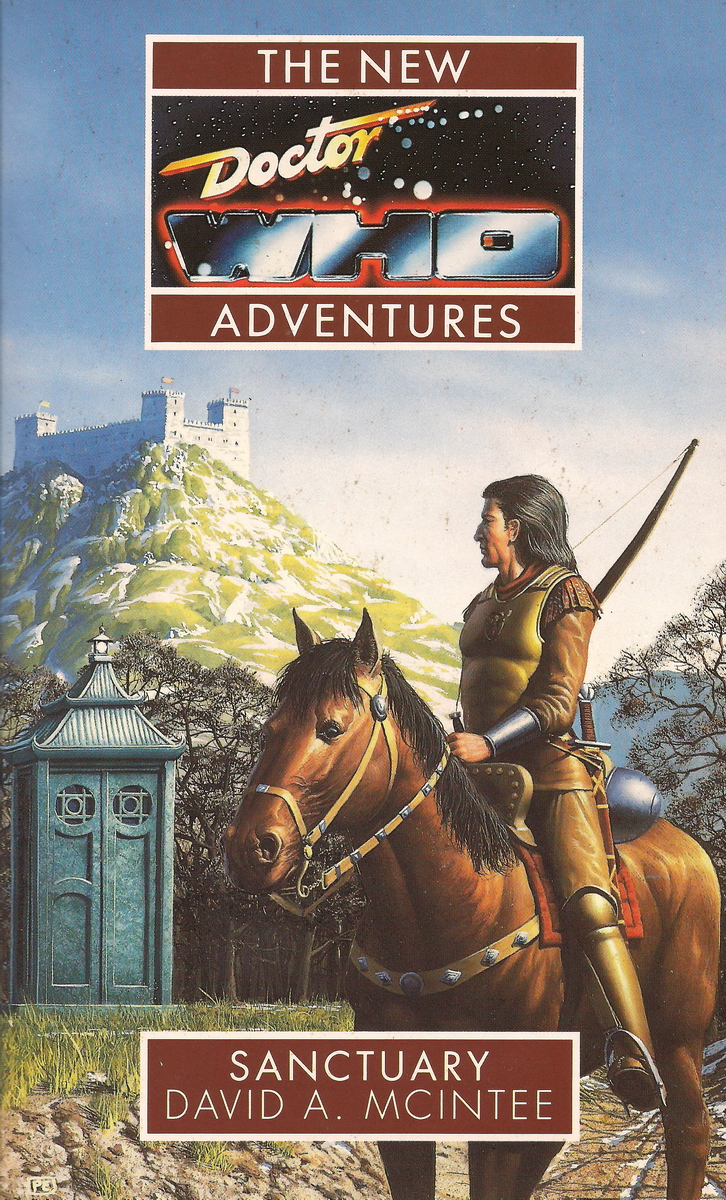 The Doctor pointed at Bernice.”The wench’s mind is addled”, he said. “Arrest her before she spreads her ungodly heresy”.

The TARDIS is caught in the gravitational field of a dark star. The Doctor and Bernice are forced to evacuate, and find themselves stranded in medieval France – a brutal time of crusades and wars of succession.

As the Albigensian crusade draws to its bloody conclusion, men inflict savage brutalities on each other in the name of religion. And the TARDIS crew find their lives intertwined with warring Templars, crusaders and heretics. while The Doctor begins a murder investigation in a besieged fortress, Bernice finds herself drawn to an embittered mercenary who has made the heretics’ fight his own. And they both realise that to leave history unchanged they may have to sacrifice far more than their lives.