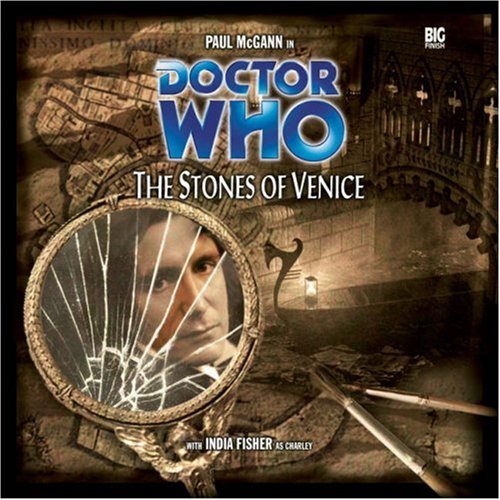 The Stones of Venice

The Doctor and Charley decide to take a well-deserved break from the monotony of being chased, shot at and generally suffering anti-social behaviour at the hands of others.

And so they end up in Venice, well into Charley’s future, as the great city prepares to sink beneath the water for the last time…

Which would be a momentous, if rather dispiriting, event to witness in itself. However, the machinations of a love-stick aristocrat, a proud art historian and a rabid High Priest of a really quite dodgy cult combine to make Venice’s swansong a night to remember.

And then there’s the rebellion by the web-footed amphibious underclass, the mystery of a disappearing corpse and the truth behind a curse going back further than curses usually do.