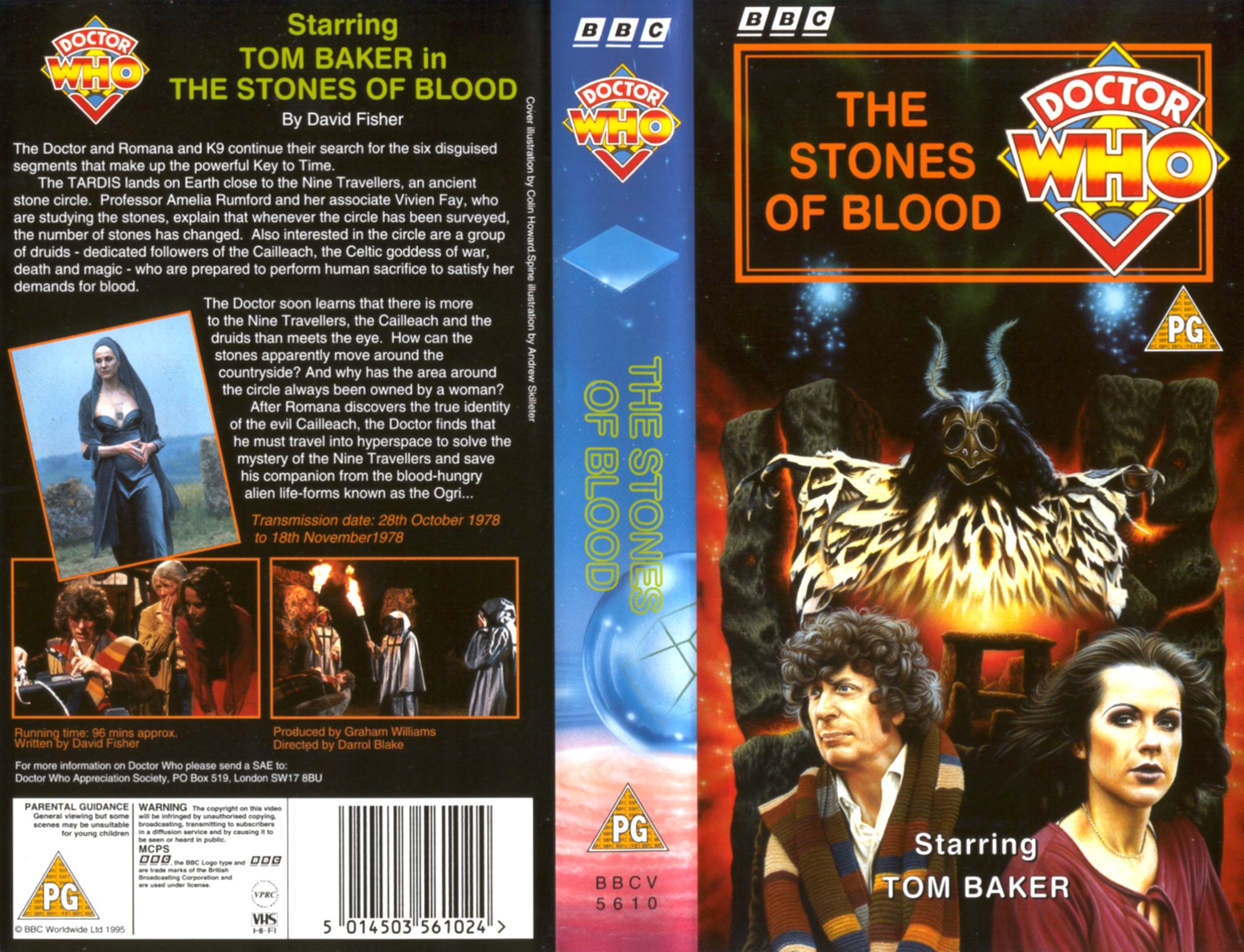 The Stones of Blood

The Doctor, Romana and K9 continue their search for the six disguised segments that make up the powerful Key to Time.

The TARDIS lands on Earth close to the Nine Travellers, an ancient stone circle. Professor Amelia Rumford and her associate Vivien Fay, who are studying the stones, explain that whenever the circle has been surveyed, the number of stones has changed. Also interested in the circle are a group of druids – dedicated followers of the Cailleach, the Celtic goddess of war, death and magic – who are prepared to perform human sacrifice to satisfy her demands for blood.

The Doctor soon learns that there is more to the Nine Travellers, the Cailleach and the druids than meets the eye. How can the stones apparently move around the countryside? And why has the area around the circle always been owned by a woman?

After Romana discovers the true identity of the evil Cailleach, The Doctor finds that he must travel into hyperspace to solve the mystery of the Nine Travellers and save his companion from the blood-hungry alien life-forms known as the Ogri…

The Stones of Blood was the third episode of season 16