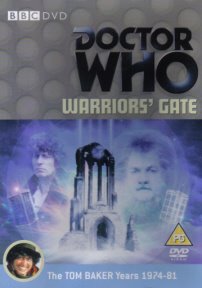 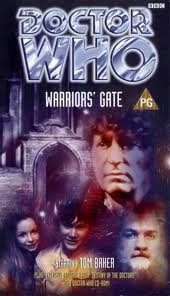 A strange creature forces its way into the TARDIS while The Doctor is searching for a way out of E-Space. It steers them to a white void occupied only by the ruins of an old building and a sinister spaceship. The void is actually a gateway to the past and future, a cosmic mirror guarded by axe-wielding robots.

And the creature that brought them here is Biroc, a Tharil, a race doomed to be hunted and enslaved. Biroc seeks freedom for his people, while the captain of the spaceship seeks escape from the alternative universe — and will kill every Tharil he holds to break free. The gateway offers the only exit, but the void is contracting.

Are The Doctor and his friends fated to spend eternity in E-Space?

Any cookies that may not be particularly necessary for the website to function and is used specifically to collect user personal data via analytics, ads, other embedded contents are termed as non-necessary cookies. It is mandatory to procure user consent prior to running these cookies on your website.