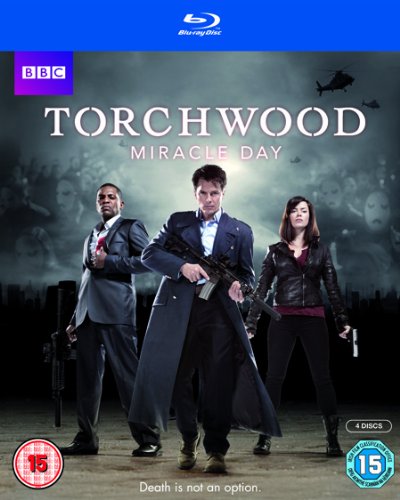 In July 1927, Jack catches an Italian immigrant named Angelo Colasanto (Daniele Favilli), who stole his visa at Ellis Island. Jack falls in love with Angelo and helps him move to Little Italy, New York where they become lovers and pose as minor bootleggers for the Catholic Church. Their activities earn the wrath of mobster Salvatore Maranzano (Cris D’Annunzio) whom Jack is able to convince to spare them by helping him obtain a crate that Salvatore’s bosses want. Jack tells Angelo to leave as he doesn’t want him to come to any harm, but Angelo refuses to abandon Jack.

After discovering the crate, Jack opens it and confirms that it contains the alien parasite that he had been sent to destroy. The parasite is one which lays its spores in the brain, slowly causing insanity. Jack explains to Angelo that Salvatore’s bosses had been hired by the Trickster’s brigade. The brigade plan to infect future Governor Franklin Delano Roosevelt so that he will be unable to lead America as President during World War II, thus enabling Nazi Germany to win the war. Jack destroys the parasite and escapes from the warehouse with Angelo, but is shot in the head by the police while a horrified Angelo is arrested.

A year later, Angelo is released from Sing Sing and, to his shock, is greeted by Jack who is still alive. To calm Angelo, Jack explains that he survived the shooting and wants them to be toge ther. However, remembering Jack’s”death”, Angelo stabs Jack, convinced that he is the devil. Soon the neighborhood learns about Jack, who is later brought to a butcher shop where the crowd viciously and repeatedly kill him, much to Angelo’s horror. Mrs. Giardano fills a bottle with Jack’s blood during one of his deaths. During one of his blackouts, Jack watches three mob bosses buy him from the butcher and make a pact. Angelo later helps Jack escape from the butcher shop in the hope of starting their lives toge ther anew in Los Angeles. However, Jack feels betrayed by what Angelo did and abandons him, not wanting to see him grow old and die.

In the present, Gwen kidnaps Jack to meet with the Miracle Day conspirators, as her family are being held hostage in their home in Wales. After waiting at the meeting place, they meet a woman (Nana Visitor) who knows about Jack. The mysterious group are caught by surprise when they are sniped by Rex and Es ther, who both earlier became suspicious of Gwen’s behavior and learned the truth from the last messages recorded from her contact lenses. In the interim, Es ther had contacted Andy in Wales, who leads an armed police unit which rescues Gwen’s family much to her relief.

With Torchwood holding the mysterious woman at gunpoint, Jack demands answers about the miracle, but she tells Jack that he will still come with her to the man who knows how the miracle began. To Jack’s shock, she tells him that the man is Angelo, who is still alive.