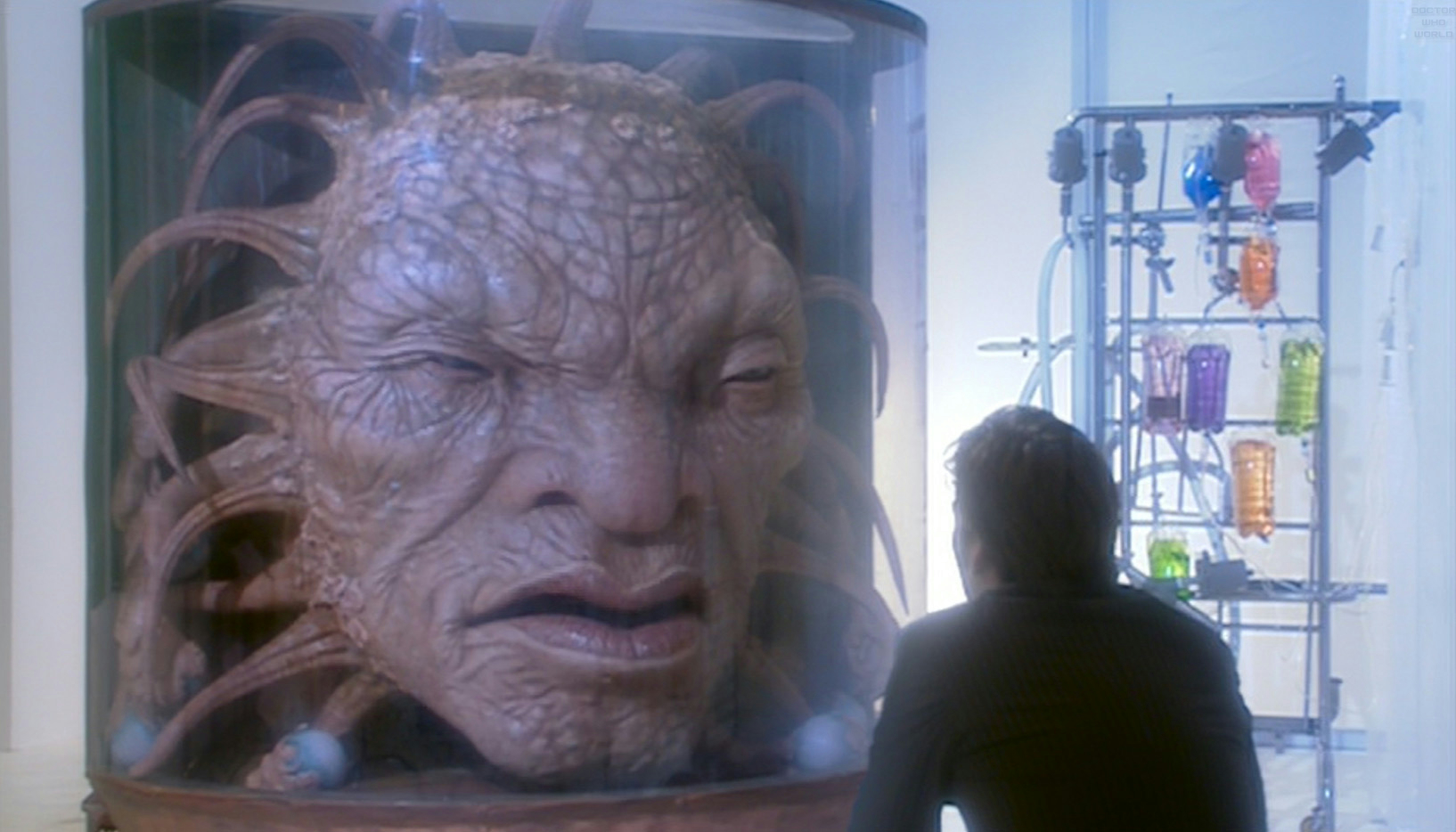 The Face of Boe

The End of the World

A being of considerable influence in galactic circles, the Face first appeared in the 2005 series episode The End of the World, set in the year 5.5/Apple/26, five billion years in the future. There, he was the sponsor of an event to safely witness the destruction of the Earth by the expansion of the Sun. The event was sabotaged, but the Face was seen among the survivors at the end of the episode. The episode describes him as coming from the “Silver Devastation”.

The Face was next seen on the BAD WOLF news channel in the episode The Long Game, set in the 2001st century where he was reported to be pregnant with the “Baby Boemina”. The Face did not appear, but was the subject of a question, in a deadly version of the Weakest Link in the 2002nd century, where he was described as the oldest being in the Isop galaxy (the location of the planet Vortis in The Web Planet). In the Ninth Doctor Adventures novel The Stealers of Dreams by Steve Lyons, Jack Harkness (who is from the 51st century) says that he once saw someone “dressed up as The Face of Boe.”

The character made a welcome return in the first episode of Series 2 with David Tennant in the lead role in New Earth, the first episode of series 2 and then came back in Series 3 episode Gridlock, where he revealed that The Doctor wasn’t alone, which the reference led to the episode Utopia when The Master returned in true form, at end of episode 13, Last of the Time Lords, Jack commented in the final episode of series three, that he “Used to be a poster boy when I was a kid, living on the Boeshane Peninsula, tiny little place… They were so proud of me.. The face of Boe they called me”..

Back to Alien Cultures page
top of page